Here are the basics of a good-looking resume

*** Like this article? Check out my Job Search Toolbox for more great tips! ***

So… I’ve been getting a lot of emails, Facebook messages, texts… well everything really ^^ asking for tips on resumes, cover letters and finding a job since I became a recruiting coordinator.

Figured I’d make it a little easier for everyone and share the wisdom I’ve learned over the last month and a half (hey, it may not be a long time but I think I’ve been doing OK ^^)

So how does all this look? Thought you might ask O=] About.com has some pretty decent resume samples.

That’s all for now folks! Leave me a comment and let me know whether this was helpful (oh, and ask more questions! I’m thinking about writing a post about cover letters soon — been getting a lot of questions about those too.)

*** Like this article? Check out my Job Search Toolbox for more great tips! ***

I had a good day! Today, I went on two very different interviews but got some very positive responses. Last week, the overall feel was “you have a great profile and we’re interested in you but… we don’t have $, or we’re currently not looking for PR/Comm./Social Media.”

It’s only been one day, but the tone of interviews have been decidedly much more interesting this week. My first interview this morning was for an interim organization. I ended up taking 1 hour and a half of exams (… and here I thought I would be done with exams once I graduated from university XD). They were very difficult too! The interim org. tested my Microsoft Word, Powerpoint and Excel skills. The lady who interviewed me warned me that they would be very challenging but not to worry. Apparently they don’t expect anyone to do very well on these. They just use them to get a feel of candidates’ abilities. Thankfully, the French and English exams weren’t too stressful.

The lady called me back later to tell me I did well enough on the exams and that she had a potential employer for me. The company in question is situated on the Champs-Élysées (read: veeeeeeery nice part of Paris), does business consulting, and needs someone to act as an administrative assistant to 12 junior consultants.  Turns out they recently stopped looking since they had not found an appropriate candidate, but the lady who interviewed me thought they would be interested in me.

I stopped at a small café to grab lunch with an American friend (those tests made me ravenous!) in between my interviews. Funny enough, I met her through my dad. Her dad is the owner of the store my dad bought his motorcycle from. They ended up chatting about their kids and were surprised to realize that both of their daughters were not only in France, but in Paris… a few emails later and we’re having lunch near the Rue du Bac métro station.

Check out the salads we had for lunch. My friend was pleasantly surprised to find it was much more interesting than you average ceasar salad and mused that she might just start eating more salad in France =]

Yes, those ARE potatoes and Emmental cheese you see in our salads!

My 2nd interview was for Contract Live, a start-up that offers mid-size and larger companies contract management software. At first though, the idea doesn’t sound super exciting, but the team is great! After chatting with them today I feel like I would truly enjoy working with them. They are very open-minded and open to taking risks in communications and e-marketing, an absolutely dream come true for a comm. person (usually companies are afraid to take risks to stand out and would rather stick to more traditional, less productive means of PR/e-marketing.) Their vision of what they want comm. to be for their start-up would enable me to take risks, develop my skills and have something impressive to show for all my work once Contract Live becomes more well-known amongst businesses. They would pay me a little less, but this opportunity would be much more fulfilling on a personal level as well as much better for my professional development.

I’m supposed to hear back from then soon regarding whether I got hired so stay tuned!

Hello, I had a very interesting week! My job search is coming along. I went on 2 interviews last week and have at least 3 more (looks like I may have up to 6 if everything goes well) in the works for this coming week. Emails are finally coming in in response to CV’s I posted on sites likes monster.fr and also emails I sent to apply for jobs, so I’m very excited!

I also finally had a bit of a social life this weekend too– a friend invited me to go to a dance ( Gala Supelec) for a prestigious French engineering school with her and some of her friends, and it was tons of fun! Check out how awesome the place looked: 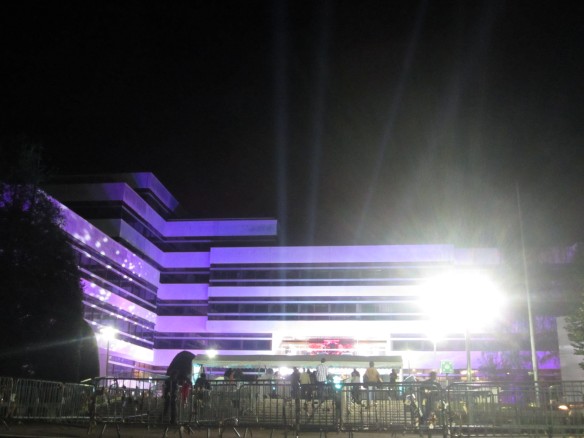 I’m glad I got to have a little fun–I kind of missed going out with friends the last three weeks. We danced so much my legs are actually sore today! Now it’s back to work looking for work though.

Pictures are nice and pretty, but I thought you might all like to get some actual news! I’ve now been in France for two weeks and a half… and things are coming along slowly I guess. My first week I took care of lots of administrative things (as I think I already mentioned in a past post), and then my second week I started sending out tons of CVs and cover letters.

… that wasn’t very successful. The depression hurt the French economy, but , even more than that, it is very difficult for recent graduates “jeunes diplômés” to find work in France. The socialist French government passed legislation (quite a while back) that makes it very difficult for companies to fire employees. As a result, it is rather difficult to get hired in the first place. Furthermore, the French tend to be loaded with degrees, which makes my two Bachelor’s Degrees look rather inadequate.

Not to worry though, I’ve still been finding opportunities! I’ve been working my networks for contacts in France and may have opportunities at Nissan-Renault and HSBC. Job forums have also been an interesting avenue. Thursday, I attended Forum Paris Pour L’Emploi, but it wasn’t very interesting. There were way too many applicants for each position offered, and there were only 8 companies even looking to hire someone in Communications.

The event was held in beautiful Place de la Concorde though–so I took a few pictures. Check out the amazing view! 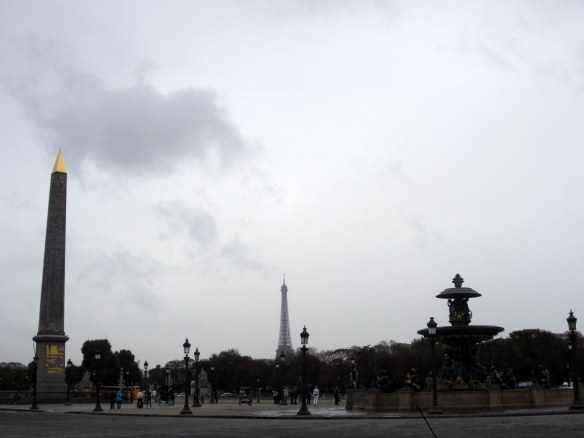 The Obélisk, Eiffel Tower, and Fontaine des Mers (Fountain of the Seas) 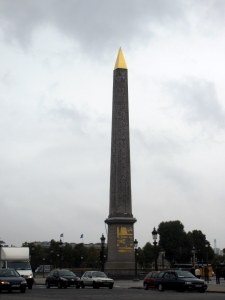 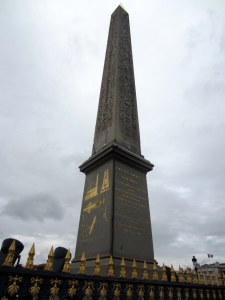 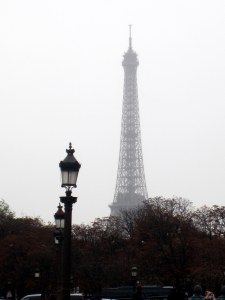 The Forum Paris pour l’Emploi wasn’t very useful, but I got a lead for a great networking event for startups, Jobs for Bob, from an AIESEC US alum in Paris (thanks for introducing us Alex!) The event was great! I made tons of contacts with startups in Paris, met a lot of interesting individuals, and may even have found several jobs! We’ll have to see how it all turns out, but I may just have found an internship for Silicon Sentier, the org that put the event on.

I’m sorry I forgot to take pictures this morning, but you may be able to find some on Silicon Sentier or Le Camping (their startup project)’s website: http://siliconsentier.org/le-camping/

That’s all for now.